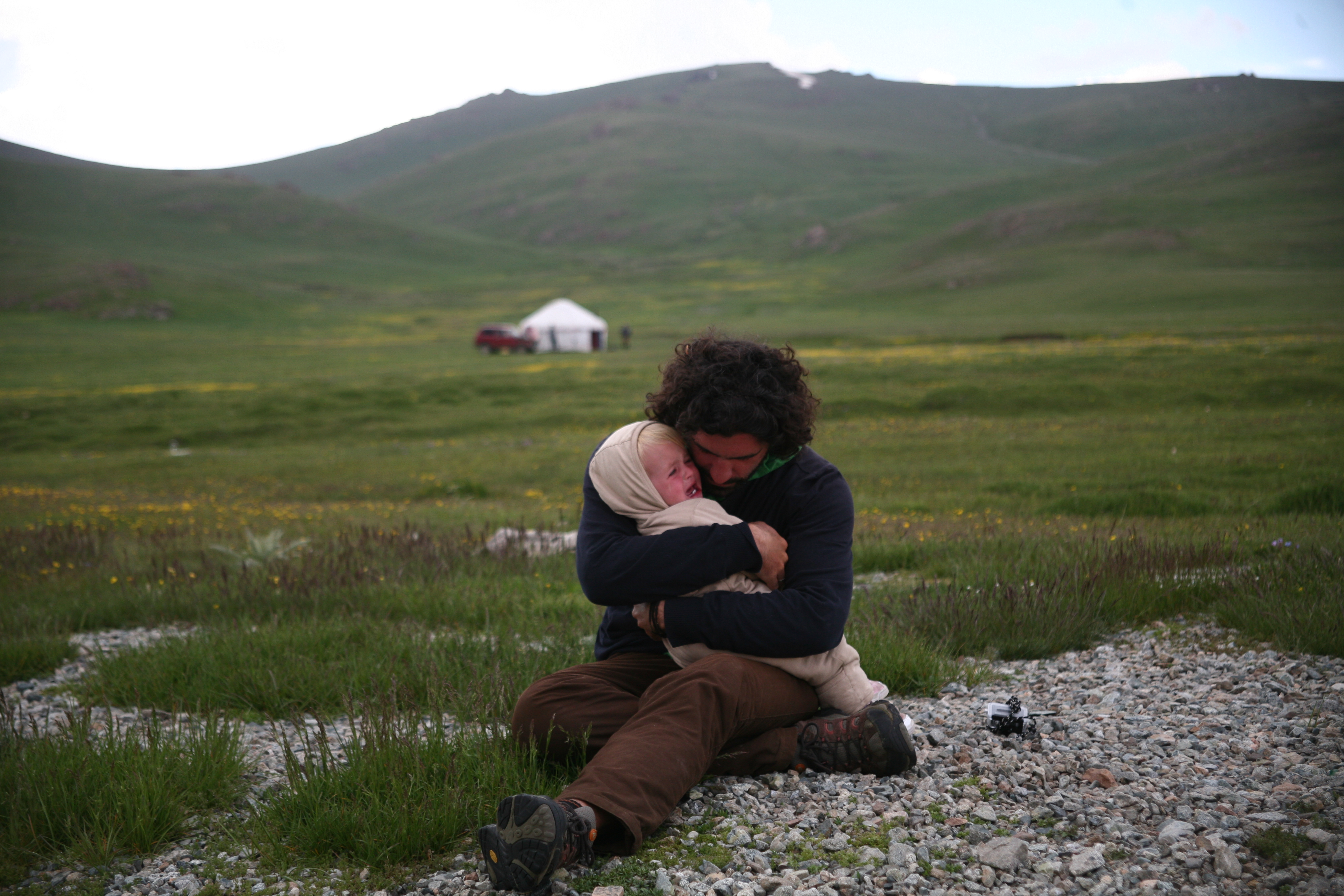 One of the most frequent questions we hear is “ But what if your baby gets sick while you are traveling?” To say we are not worried at all would be a lie however we are not panicking at the thought that Lia or one of us might get sick at some point of our trip. Some places worry us more than others but in the end there are hospitals and doctors in every country and in most countries there are even international clinics.

With these ideas in mind we started our out-of-Europe journey when Lia was about to turn 5 months old. We packed a handful of fever reducing rectal suppositories, a teething gel and a snotsucker nasal aspirator. Luckily during our 10 months journey that supply is still lasting, Lia got sick only 3 times.

Our first time happened in Northern Vietnam in January 2016 when Lia was already 9 months old. The unexpected cold front hit the northern part of the country that resulted in extremely low temperatures and in some mountainous regions even snow. The worst part is that their buildings are not equipped with any heating systems so we couldn’t escape the cold anywhere we went. What can I say, it was miserable. All three of us had running nose and Lia eventually got sick with fever for couple of days which coincided with her first teeth. The suppository reduced the fever and snotsucker was our every minute tool. But what really helped is to get the hell out from Vietnam to the warm and beautiful Philippines.

The second time Lia got sick happened in Kazakhstan in the former capital Almaty. That day we went to Sharyn Canyon that is a full day activity since the canyon is situated 200 km east from Almaty. I had noticed that Lia was very sleepy and not active as usual and by midday she already had a fever. She refused to eat solids and was drinking milk passively. Upon our arrival to the hotel we gave her the suppository so that she sleeps better during the night. The next day we didn’t see any improvements in her condition as we did in Vietnam from the same medicine so we decided to see the doctor.

So this was exactly what we did without waiting till the morning. The ambulance team came shortly after we called and they checked Lia and diagnosed her with tonsillitis (sore throat). They also had to bring us to the hospital for full check up where the doctors suggested staying in the hospital for 7 days where they would give her injections 3 times a day. This idea absolutely terrified us therefore we refused the offer and came back to the hotel with the medicine prescription in our hands.

The doctors helped us a lot with their diagnosis however we decided not to give Lia injections for 7 days. Why torture a baby when there are other options of antibiotics in pills. We bought ordinary penicillin and in just 2 days Lia started recovering and we could continue our travels while still giving her the pills for the whole cycle of 7 days.

The third time Lia got altitude sickness in Murgab, Tajikistan (3618m, 11 869ft). Altitude sickness was followed with high fever and overall tiredness. The best and only remedy was to leave the elevation and that’s what we happily did. Arriving in Osh, Kyrgyzstan Lia felt much better however her fever didn’t go down and when we checked her throat we saw that she was at risk of having tonsillitis again. At that moment we got scared and gave her antibiotics for another 5 days but now I am thinking we should have waited and let her body to fight the disease by herself. We did what we thought the best at that moment and now we can just reflect on our experience and drive conclusions from it.

Therefore up to this point Lia got sick just 3 times and recovered pretty fast. This experience proved that it is not the end of the world when a baby gets fever or sore throat in another country and it is definitely not a reason to abstain from traveling. Kids get sick at home too, don’t they?

It is absolutely personal choice whether or not to have medical insurance, and I am just sharing our experience and opinion on the matter:

Traveling for a long period of time we opted for not having medical insurance. The reason is simple; in the case something happens it will be cheaper to go to the hospital than to pay the monthly payments of insurance. In most countries a simple visit to the pharmacy will result in a free consultation and medicament prescription.

Not to mention that in many countries it is a pain to deal with insurance and some local hospital wont deal with you until you pay the doctors directly. It is not common in the Western countries however business as usual in the developing countries.

Everyone’s situation is different, since we are young healthy people whose chance to need surgery or something like that is very low we opted out.

A combination of something tragic happening abroad being less likely than a car accident on your daily work commute, and the fact that insurance companies are very profitable (all that money comes from people with policies that never use the insurance or the company gets out of paying, which any Americans will know is a huge battle to get paid even if deserved) make insurance abroad a poor choice based on simple probability.

Another funny but real way to look at it is to compare it to gambling. You spend what seems like not much money in small amounts knowing the odds are against you but there is that rare chance you could win?!?! Luck goes both ways, we are not lucky enough to win the lottery, and we aren’t “lucky” enough to be seriously injured abroad.

Saying that, after years of traveling and dozens and dozens countries under our belt, we are still not considering to get a medical insurance, at least for now.